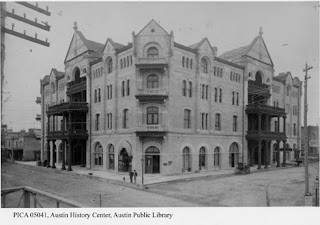 In the Southwest, there are many under appreciated and nearly forgotten architectural structures from the last quarter of the nineteenth century. We move in and out of their walls never really wondering what the original intent was or caring to know who walked their floors. Dry goods stores, cattle feeds and brothels repurposed today as quaint restaurants, bars and boutique shops. Someone might remind us. We need to be reminded to wonder what it was like back then to stand in a building or who we might have talked to. But one building which has remained, hanging on to its original intent, is The Driskill Hotel. There is a familiarity I can’t define. It isn’t the furnishings, the marble columns or the stained glass domes. The walls almost breathe the same air. 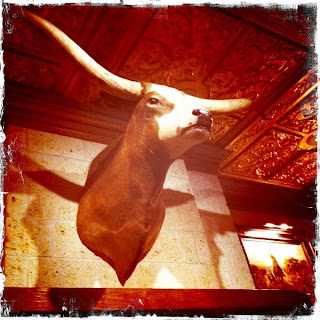 In 1884, a wealthy cattle baron named Jesse Driskill purchased a plot of land for $7,500 in Austin, Texas. He was successful before, an honorary Confederate Colonel during the Civil War now rich from trading livestock, he tried his luck as a hotelier. He hired the architect Jasper Preston to build a high-style Richard Romanesque hotel. Many people thought he was mad. His plans were lavish and extravagant. But no one could deter him. The hotel on Sixth Street opened to the public on December 20, 1886. The structure cost Driskill $400,000, an enormous sum in those days. Christened The Driskill Hotel, it was called one of the finest hotels in the country. Merely a year later, Colonel Driskill began to have trouble. His livelihood was threatened by a nation-wide drought. At the turn of 1888, an exceptionally cold winter settled in and killed over 3,000 of his cattle. Driskill watched his fortune disappear. Desperate, he played his hand at a high-stakes poker game and placed the hotel on the table. 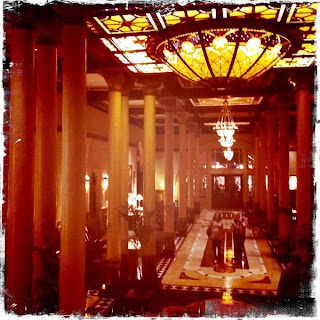 Three years later, he passed away.

It is said that since he was not able to enjoy his hotel in life, he does so in death. He makes his presence known. Cigar smoke fills guests’ rooms and bathroom lights flicker. The doors to the elevators open and no one steps out.

Colonel Driskill isn’t the only one to roam within the walls of the hotel. There have been several suicide deaths in the rooms by jilted brides. One can be seen wandering the halls in her wedding gown. A four-year old girl who tragically died skips down the steps bouncing her ball, and a resident of the hotel from 1886-1916 checks his pocket watch. 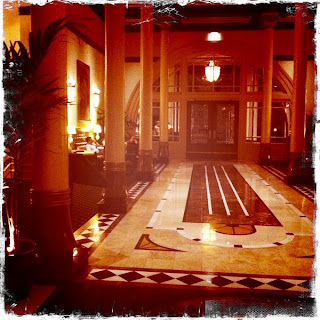 Though I didn’t see anything the night I was there, I couldn’t help but think of Jesse Driskill. The concierge told me that some guests have called the front desk to say they awoke in the middle of the night. Something was trying to push them out of bed.