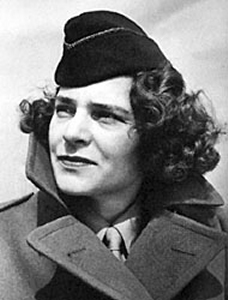 An American photographer and documentary photojournalist, she was one of the first original staff photographers at Time, Life and Fortune magazines. Noted for her coverage of WWII with ferocious visual intensity.

Bourke-White was the first female photographer to serve with the US armed forces. And the first Western photographer allowed into the Soviet Union in 1930.

But it was her photographs of the the rural South during the Depression that we seem to remember the most.

She died of Parkinson’s disease — more people are diagnosed each year in alarming numbers.