A Victorian Essential, The Spoon Warmer 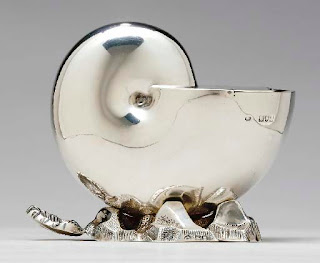 This is the most typical spoon warmer. Christies (NYC) sold this Edwardian version by William Hutton & Sons, London, made 1904 in July 2002.

A Victorian invention and considered one of the essential “fancies” to every well-run household, the spoon warmer was once very popular.  One of a variety of articles created for the demanding and expanding middle class. The amount of silver fancies one posessed was seen as a measure of social status and the status conscious were eager to display their new found wealth. There could never be too many objects as dining rooms were meant to impress. So many glistening objects piled up on sideboards and dining tables, their legs must have quivered under the weight of it all.

Spoon warmers were created in the days before central heating when breakfast consisted of hot porridge and the dinners needed to remain warm. Ceilings were high and rooms drafty. Grasping a warm spoon must have seemed comforting. So little is known about spoon warmers today and not many people care, but it was an essential of its time. How could a proper house function if a warm dish suffered the affront of a cold stuffing spoon?

Most spoon warmers are made from silver plate. They were filled with boiling water and left on the table. All serving spoons were placed in it until needed, enabling them to remain warm before scooping into some rich dish.

There is considerable variation in design, some quite plain and others detailed and whimsical. The most common form is the nautilus shell. Other spoon warmers continue the theme of the sea taking the shape of an oyster shell, a buoy, a barrel, swan and even the Greek god Triton. Most nestled on a base elaborately embellished to look like rocks entwined with small seashells and seaweed.

They were made in huge numbers by the English but by only one maker here in America, Reed and Barton. Not all spoon warmers are marked so it makes it difficult to determine the maker. 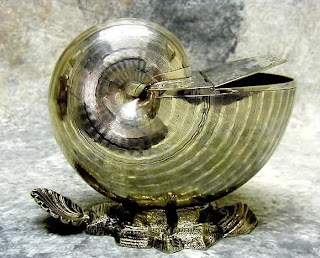 Alderfer Auction sold this one December 2001. Similar as above but with and etched decoration. Unmarked. 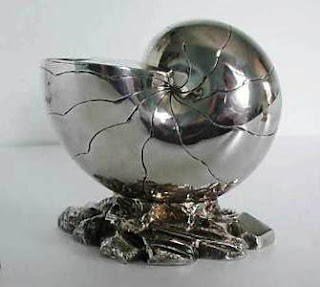 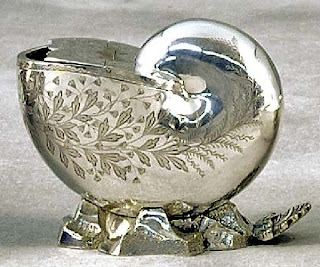 Charlton Hall Galleries, Inc. sold this in April 2006. It has three leaf clovers. Circa 1900 by Mappin & Webb. 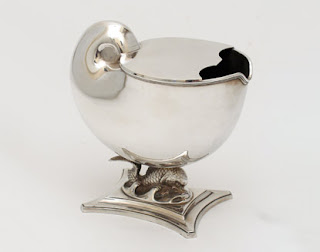 In the form of a shell resting on a fish. Available from Goldsmith & Perris. 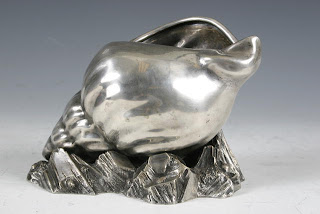 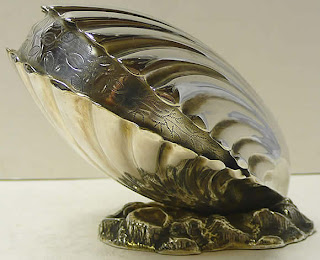 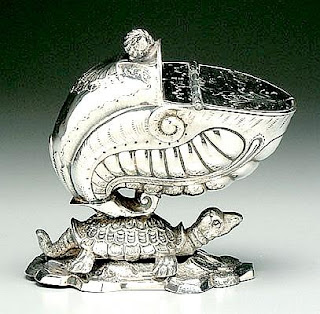 Brunk Auctions sold this in May 2003. 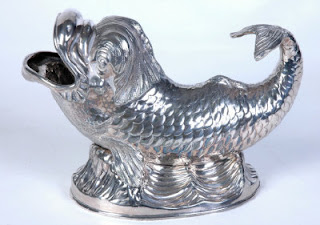 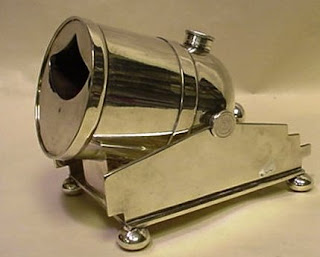 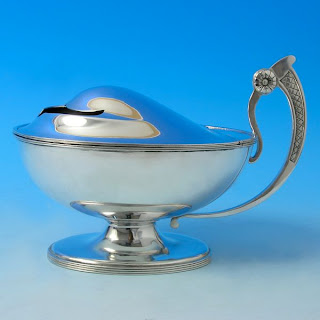 Available at iFranks circa 1870, by the London maker William Hutton. Note the decorated handle and reed borders around the lip and foot. 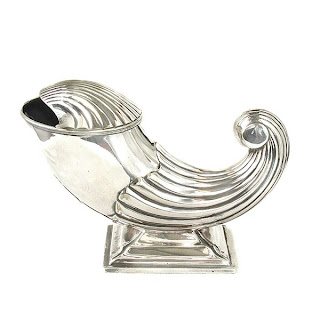 Maker unknown, c. 1880, in the form of a cornucopia. Available from New Orleans Silversmiths. 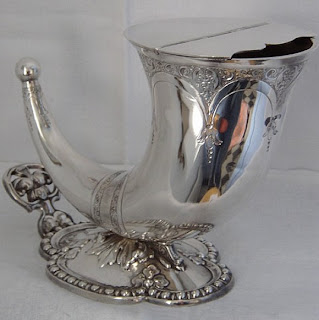 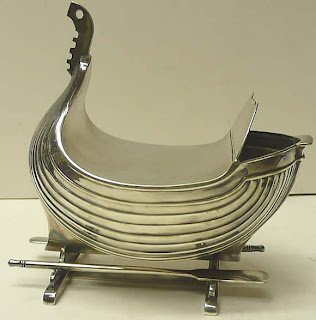 In the shape of a gondola with two oars resting on the base. Circa 1880. Sold, from Wax Antiques in London. 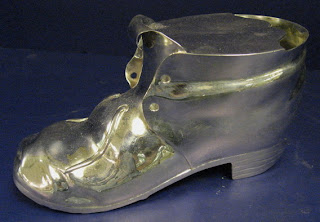 In the form of an old shoe. from Estate Silver Co. Ltd – Anthony Mammon. 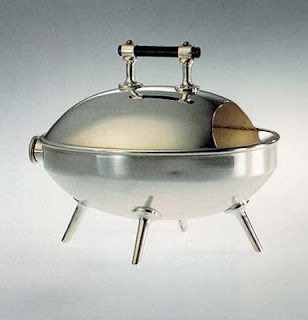 Christopher Dresser (1834-1904). The true father of modern design created this very mod Spoon Warmer in 1881. It has an ebony handle and made by Hukin & Heath, Birmingham.
In our efficient warm homes today the need for spoon warmers has passed but there are a number of different ways they can still be used – tucked into a book shelf, displayed on a fireplace mantel, stuffed with sprigs of spring flowers. An interesting and relatively inexpensive oddity to collect.
silver spoon warmer